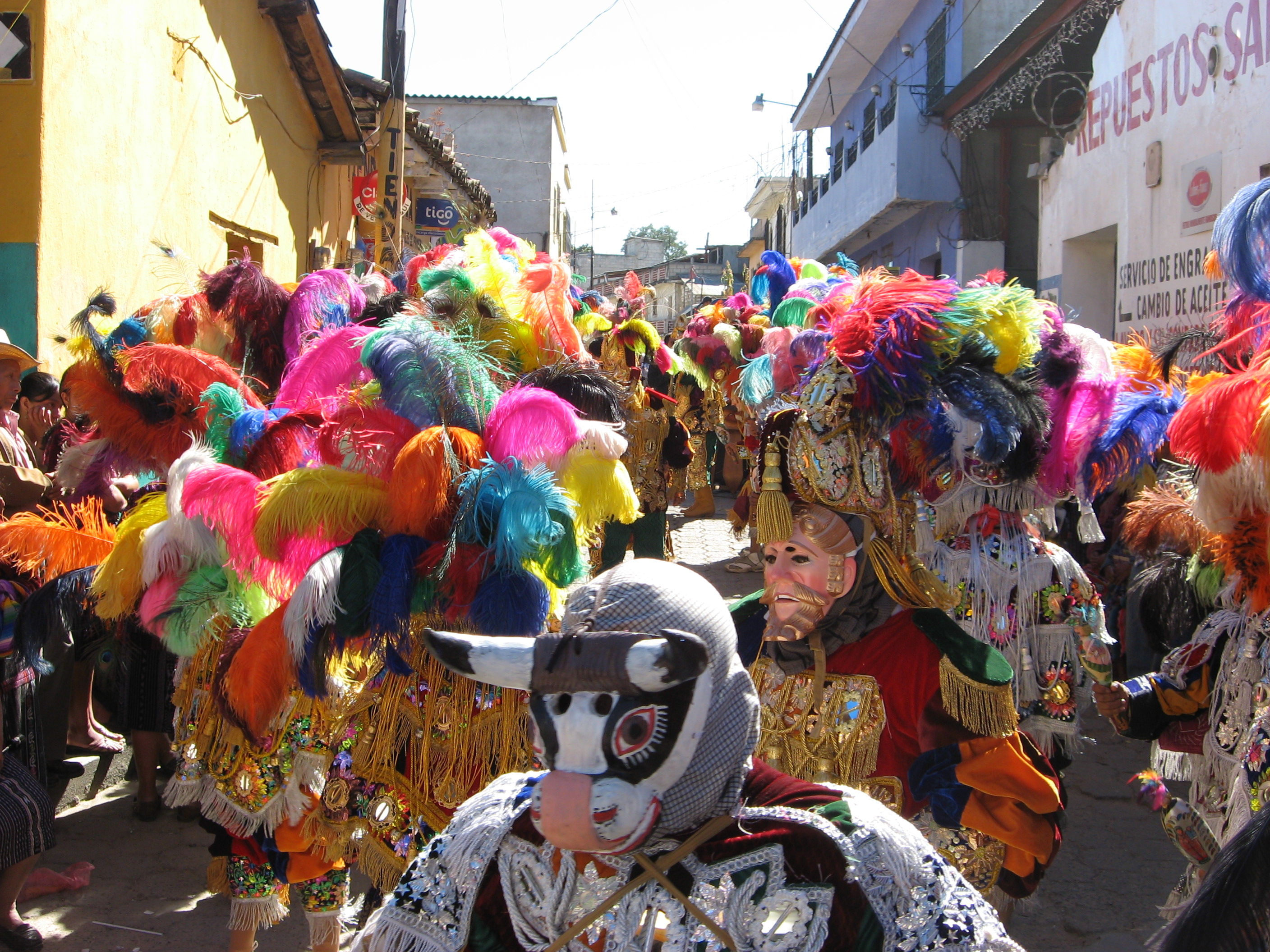 The magical seven days of energized festivities announcing winter and the mythical Christmas messenger Olentzero is held during the popular Fiesta de Santo Tomas in Chichicastenango, Guatemala. It’s a unique blend of Mayan and Christian traditions and coincides with Saint Tomas Day on the 21st of December – leading up to the joyous Christmas in Guatemala.

One of Central America’s largest annual events, there is dancing, music and processions throughout the town 24 hours a day for the seven days of festivities. The highlight is when locals are tied to a pole at the hands or ankles with a rope and scale the 100 ft pole to the delight of the thousands of locals who have traveled from all over Guatemala to participate. 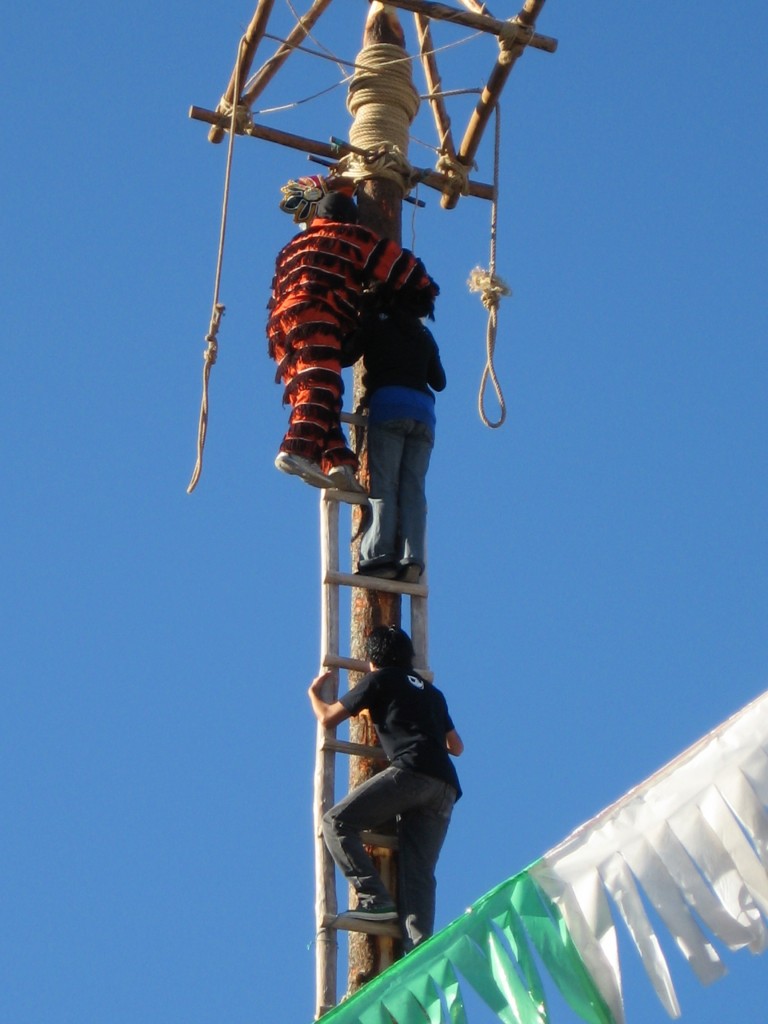 while the ropes unravel at each turn gradually lowering them to the ground. This death defying dance is called Palo Volador because many of the more daring don’t tie the rope to their body as they descend.

All through Guatemala Christmas traditions include nine days of processions with several religious statutes being carried around the town or plaza and accompanied by loud drums and firecrackers. 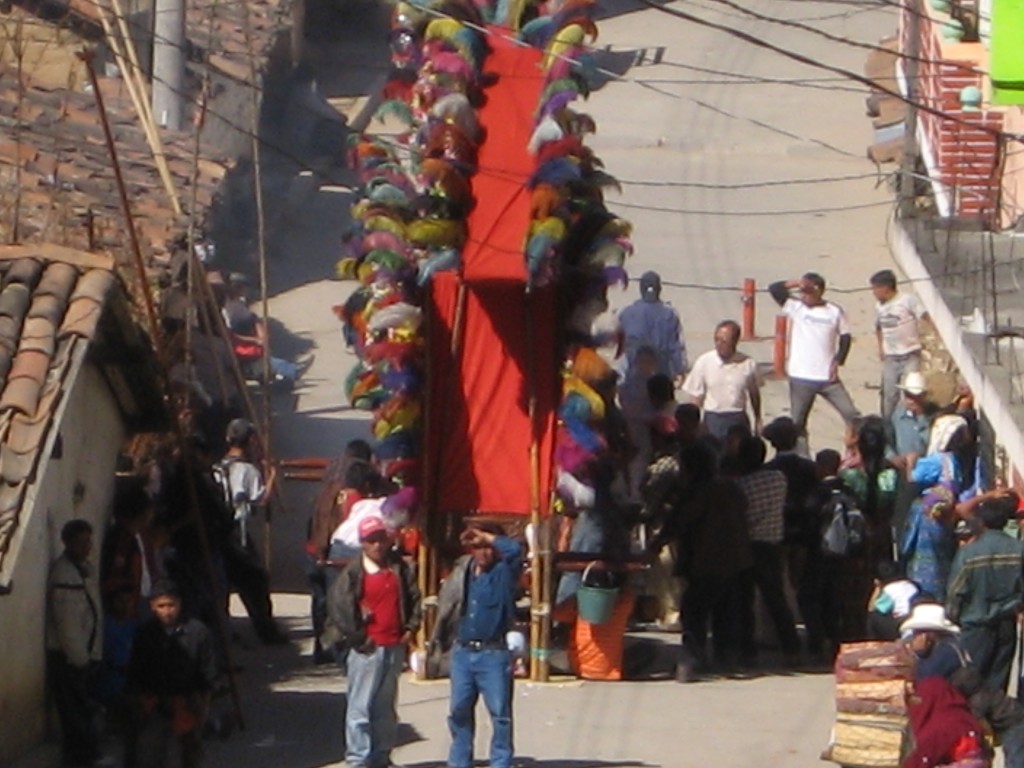 Each day’s ritual includes carols and hymns that are sung at certain houses commemorating the Holy Family asking for shelter.

The Holy Family is then welcomed and taken to a manger scene for that night, moving on to the next home the next day. At the end of each day the procession of people enjoy food and drinks supplied by the host home.

On the ninth day the figure of the Christ Child is added to the manger at the ninth house and the community has the biggest feast of the Guatemalan Christmas.

It’s not over yet!

The processions end on Christmas Eve during the midnight mass but the festivities don’t end there. It usually continues until the morning and begins again at noon on Christmas Day after attending church services. 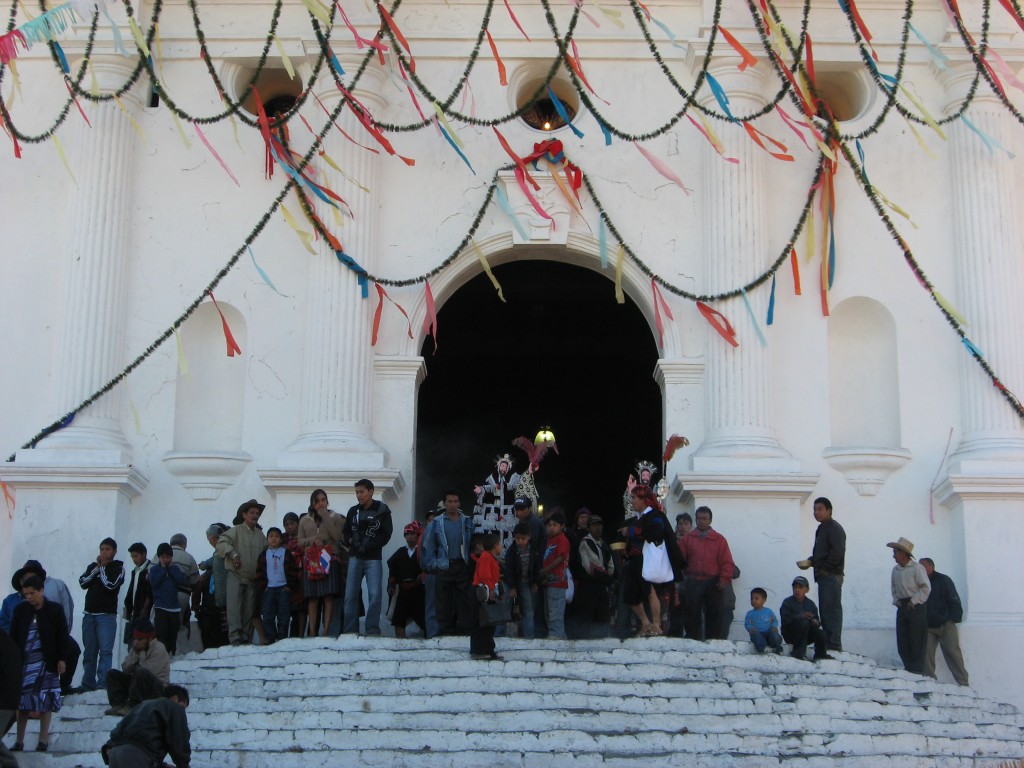 The children receive gifts on January 6th which is called Three Kings Day or el Dia de los Reyes Magos and the day is just for the children. Letters are written to the Three Kings asking for special gifts and when they go to bed the night before they leave their shoes outside with hay and water for the Wise Men’s camels.

The processions take a break for midnight mass only to start again the next day.

The processions end on Christmas Eve during the midnight mass but the festivities don’t end there. It usually continues until the morning and begins again at noon on Christmas Day after attending church services.

If you are fortunate to be in Chichicastenango in December consider yourself fortunate. This is an amazing festival for creating special memories to take home with you.

How to get to Chichicastenango 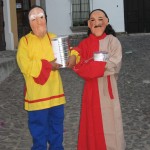 How to get there:
Chichicastenango is 2 – 3 hours from Guatemala City, the capital of Guatemala and arrangements for travel should be made in advance. This is a very small town and accommodation is limited with very one high end hotel and other very basic rooming houses.

Most people stay in Panajachel and travel by tour van to Chi Chi.

However, to enjoy the Fiesta de Santo Tomas to the fullest you should at least stay there for a few days and experience the explosion of colour and excitement to the fullest.

Why you should consider learning Spanish in Antigua, Guatemala

Welcome to Write for Travel where we share our travel stories, adventures and dreams along with resources on travel writing.